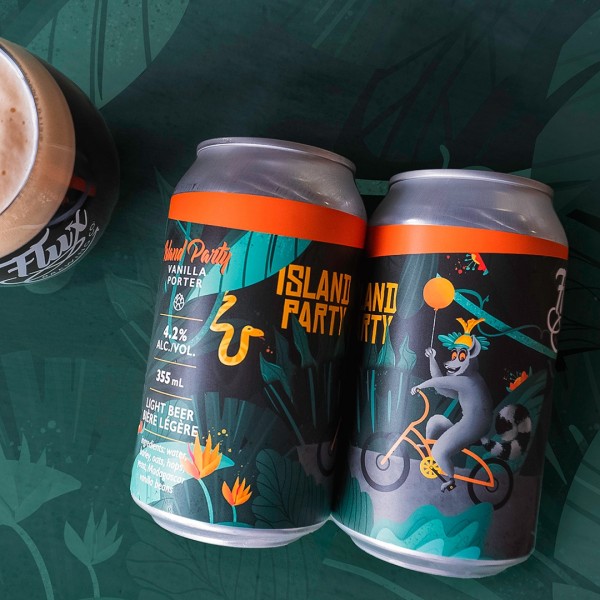 SCOTLAND, ON – Flux Brewing has announced the return of a “silky vanilla porter you’ve come to know and love – with a cheeky new persona.”

Smooth Sailing has been a hit on our list since it was released last spring. For its big debut in cans we decided to reinvent it with a name worthy of its contents. Enter ISLAND PARTY. To recap: It’s subtly sweet with notes of chocolate and a wave of vanilla from the star of the beer – Madagascar vanilla beans. At 4.2% it’s surprisingly light and refreshing… too easy to have another.