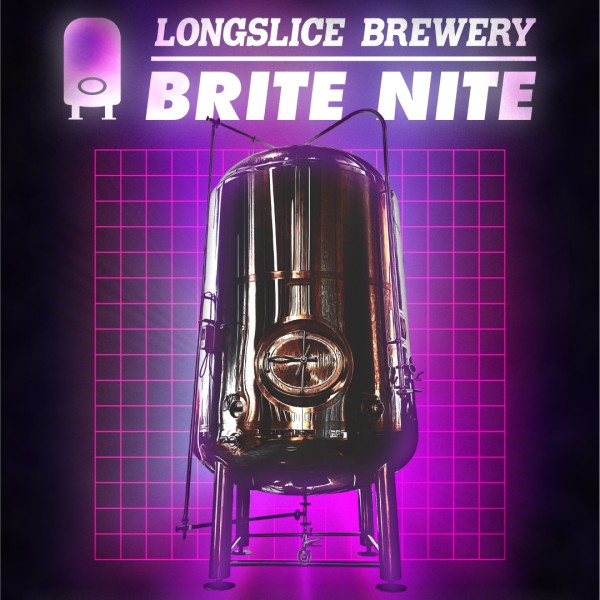 TORONTO, ON – Longslice Brewery has announced that it will be hosting a special event this weekend at The Aviary, its taproom and restaurant in Toronto’s Canary District, to “thank all of the Longslice Brewery community for supporting us during the last two years.”

Brite Nite will be taking place on Saturday October 1st from 5:00 PM to 1:00 AM, and as suggested by the name, everyone who attends will be able to enjoy a free pint of beer direct from the brewery’s brite tank. Attendees can also pre-order a 1 litre Brite Nite MegaMug for $34.99 and receive free refills all night long.

In addition, the evening will feature prize giveaways including MegaMugs, t-shirt, and cans of Longslice beer, and musical entertainment will be provided by the Django Jangle Swing Quartet followed by DJ Ron Jon.