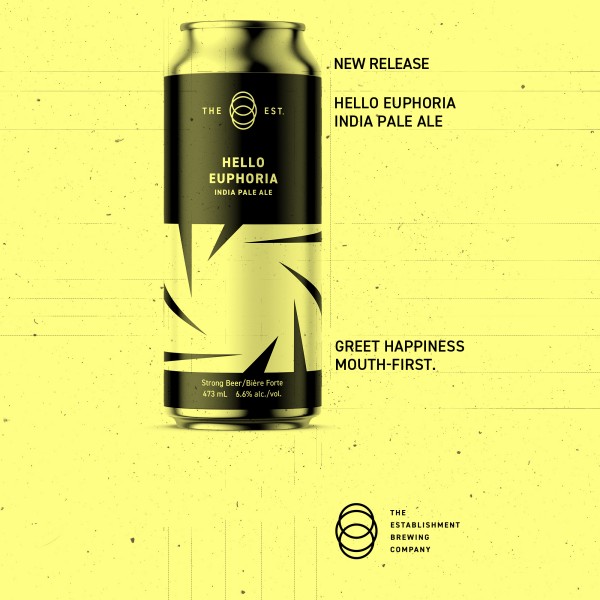 CALGARY, AB – The Establishment Brewing Company has announced that they are “interrupting your regularly scheduled Euro-Lagers-focused Oktoberfest programming for our latest hopped marvel.”

Weak in pigment and not much else, Hello Euphoria’s pastel-pale colour is proof that both looks and first impressions can be deceiving. And, while precision-painting this potion was a fun flex, it was but a peripheral vision for the beer. Ultimately, we set out to shine a spotlight on the real star of this show-stopping beer: the HBC 603 hops.

In addition to being brought to us by our pals in the Valley, Yakima Chief Hops, this experimental hop variety was the uncontested champion of our blind dry hop trials—and against some pretty stiff competition. These particular hops hit some heavy fruit high notes with next to no dankness and alongside the classic but legendary Citra, the blend yields a hard-to-beat fruit punch that’s both sweet and tangy.