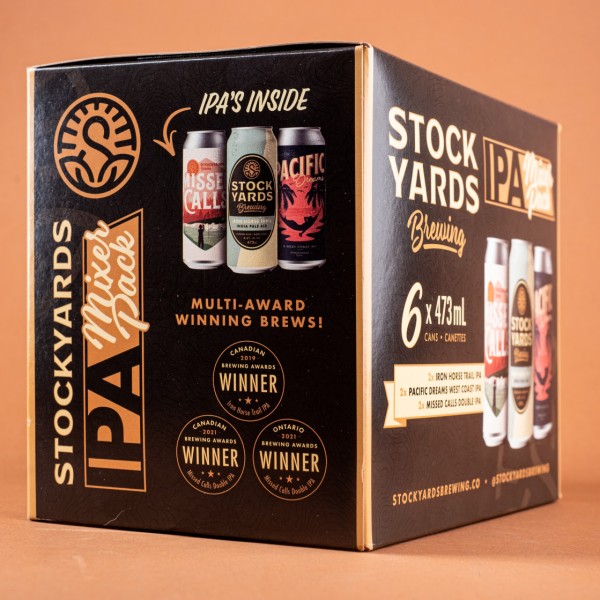 KITCHENER, ON – Stockyards Brewing has announced the release of a new sampler pack featuring a trio of award-winning IPAs.

The package is available now at the Stockyards retail store and online shop, and select LCBO locations.