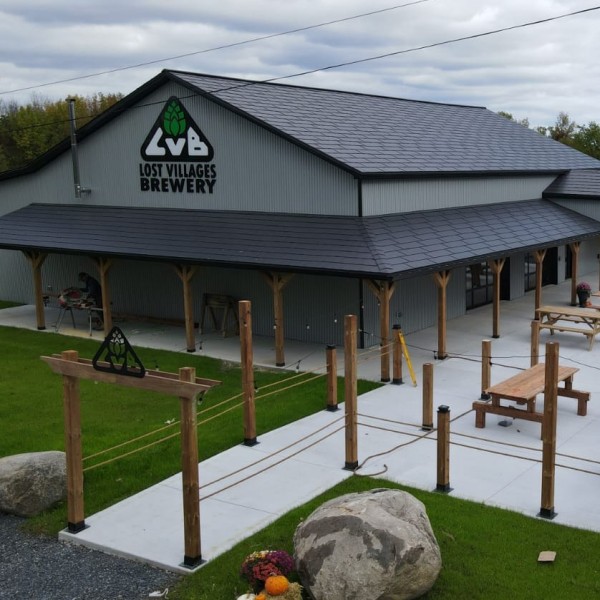 LONG SAULT, ON – Ontario’s newest brewery is set to open this weekend in Long Sault, a small community near Cornwall in the province’s eastern region.

Lost Villages Brewery has been founded by partners John Wright, Mat Camm, and Kevin Baker, and takes its name from a group of ten communities in the area that were permanently submerged by the creation of the Saint Lawrence Seaway in 1958.

The brewery’s initial beer line-up includes Woodlands Red Ale (5.2% abv), Mille Roches Pale Ale (5.2% abv), The Last House New England Pale Ale (6.8% abv), and one more still to be announced. Woodlands and Mille Roches are named after two of the ten Lost Villages, while the can artwork for The Last House features an image of the final house to be moved from the lands that were flooded for the Seaway.

The Lost Villages taproom, patio, and retail store will be welcome its first guests on Saturday October 1st, and business hours to start will be 12:00 noon to 10:00 PM on Saturdays and 12:00 noon to 4:00 PM on Sundays. For more details, see the brewery’s website and pages on Facebook and Instagram.