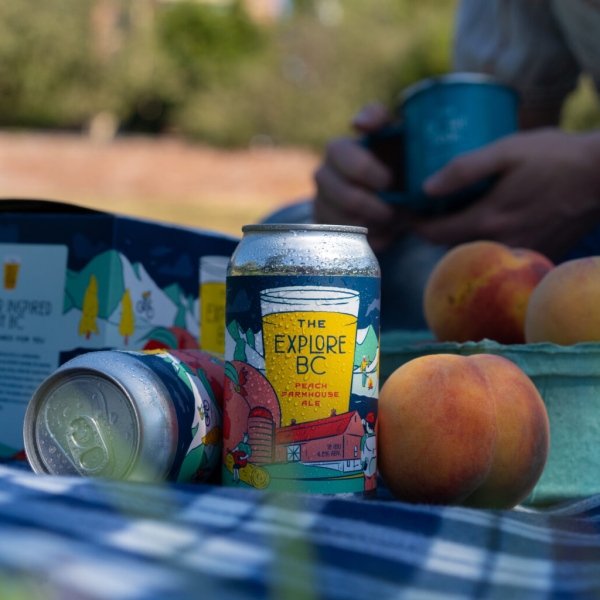 BC peaches present a beautiful golden-orange colour, while the Lærdal Kveik yeast and BC hops provide fruity, floral flavours above a clean rounded malt base that elevates the whole beer. Lastly, a pinch of BC sea salt makes this ale sparkle. This limited edition Peach Farmhouse Ale is a true representation of our province that pairs perfectly with BC’s natural beauty.

⁠The EXPLORE BC Peach Farmhouse Ale will be available at select BC Liquor and private beer retailers, the participating breweries, and other licensees throughout British Columbia. For more details, see the release announcement on the BC Ale Trail website.