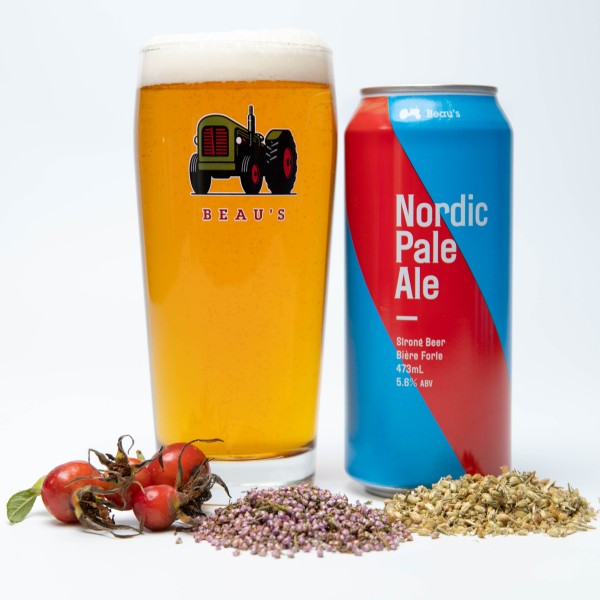 VANKLEEK HILL, ON – Beau’s Brewing has announced the return of favourite beer from its back-catalogue for an Ontario-wide seasonal run.

Beau’s Nordic Pale Ale offers up the pure perfection of hoppy pale ale infused with a bouquet of Scandinavian botanicals. Beau’s rendition of a “Nordic” beer is unlike many others, who have used the appellation loosely to mean a beer brewed with Norwegian Kveik yeast. Beau’s Nordic Pale Ale is not a Kveik, but is instead a pale ale brewed with ingredients that grow in the northern countries of Europe: heather flower, bog myrtle and yarrow. Oats and rosehips also contribute to the uniqueness of this recipe.

Nordic Pale Ale is available now at the Beau’s retail store and online shop, and will be featured as a seasonal release at select LCBO locations from mid-October to spring 2023.