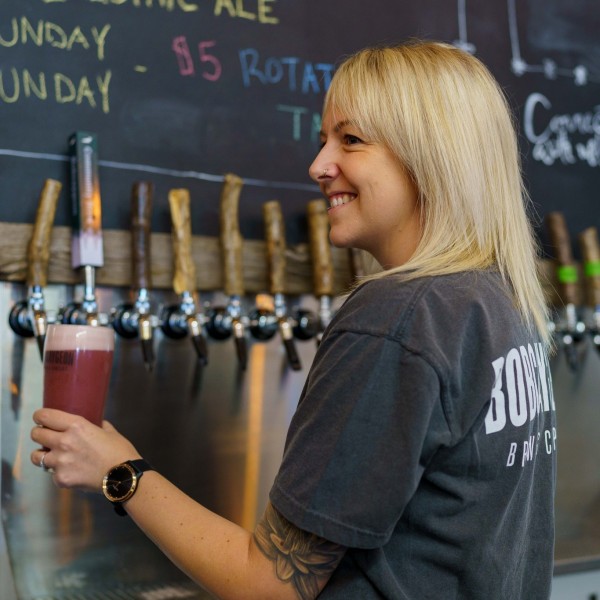 PETERBOROUGH, ON – Bobcaygeon Brewing and McThirsty’s Pint have announced the launch of Community Brew, a series of beers in support of local charitable organizations.

The first beer in the series is Katie’s Blackberry Raspberry Gose (5.6% abv), which was created in collaboration with McThirsty’s bartender Katie Hartling (pictured), and is described as featuring “four times as much fruit as a traditional sour beer, giving you a blast of berries in every sip alongside the traditional salty sourness associated with this style.”

Katie’s  Blackberry Raspberry Gose is available now at Bobcaygeon Brewing and McThirsty’s Pint, with $1 from each pint and 50 cents from each can sold going to One City Peterborough, which has a mission of “helping those who have/are experiencing homelessness and/or criminalization through the promotion of core values: Belonging, Dignity, Courage, Trust and Love.”