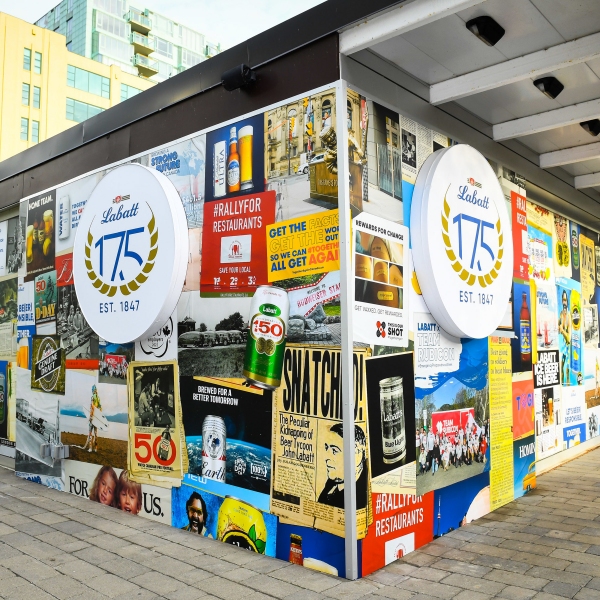 TORONTO, ON – Labatt Breweries of Canada has announced that it is celebrating its “175th anniversary of brewing excellence as a leader in the Canadian beer and total beverage space” with an art exhibition in partnership with Toronto’s Harbourfront Centre.

A Brewing Affair is an outdoor exhibition that showcases Labatt’s “illustrious history, from inception to present day, including some of the innovative solutions Labatt has created in its lifetime that will continue the company’s legacy well into the future.”

“As we celebrate our 175th anniversary and look to the future, we’ve set our sights on redefining what it means to be a total beverage company,” said Mika Michaelis, President of Labatt Breweries of Canada, in a statement. “To do this, we’re leaning into our global purpose: We Dream Big to Create a Future with More Cheers. It’s what inspires us to continue to deliver innovative, NextGen, customer-centric ideas and solutions.”

“I just don’t think that anybody could survive in the Canadian brewing industry without being innovative,” added Matthew Bellamy, professor of history at Carleton University and author of Brewed in the North: A History of Labatt’s. “John Kinder Labatt was influenced and motivated by the technological innovations of the industrial revolution, and that impulse to innovate and disrupt is part of Labatt’s DNA, now and forever.”

A Brewing Affair is open to the public until Sunday October 23rd at Harbourfront Centre (235 Queens Quay West, Toronto).