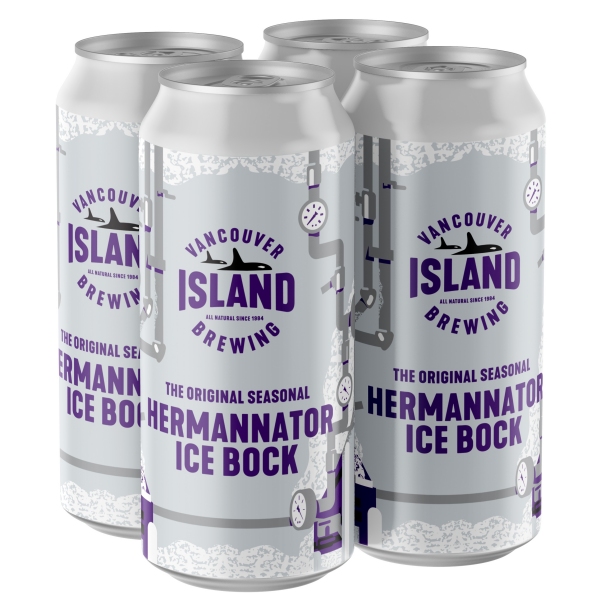 VICTORIA, BC – Vancouver Island Brewery has announced that its longest running seasonal brand is set to return for its 35th annual appearance.

Hermannator Ice Bock is a special seasonal release made for friends & family of our original brewmaster, Hermann Hoerterer. This beer takes over three months to produce, spending significant time at subzero temperatures to create a rich malt body, with notes of chocolate, coffee & brandied plums. It is the perfect beer to enjoy over the holiday season.

The 2022 vintage of Hermannator will be officially launched on Friday October 14th at the Vancouver Island Brewing taproom, where it will be on tap to taste alongside the 2021 and 2020 vintages.

It can also be pre-ordered now via the brewery’s online shop, both as a stand-alone release and in a limited edition 4-pack featuring two cans of the new edition along with a can each of the 2021 and 2020 vintages.