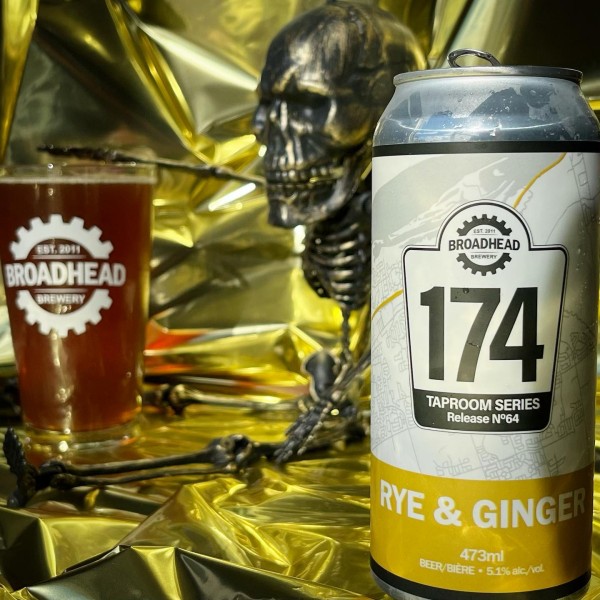 OTTAWA, ON – Broadhead Brewery has announced the 64th release in its 174 Taproom Series of limited edition beers, this one a new version of a previous installment that has been brought back for the brewery’s 11th anniversary.

Our Rye & Ginger Ale is made with heaps of freshly zested ginger, and uses 40% Rye malt to add a touch of spiciness. Intentionally unfiltered, pouring a rich medium copper with a dash of haze and a finger of frothy off-white foam. On the nose loads of ginger, mingling with citrus, spicy rye graininess and hints of cinnamon. Upon first sip, ginger atop a rye “spice” malt base, with even more ginger tingle. Hints of citrus/lemon character round out the sip. Light to medium bodied, highly effervescent, with a moderately dry finish.