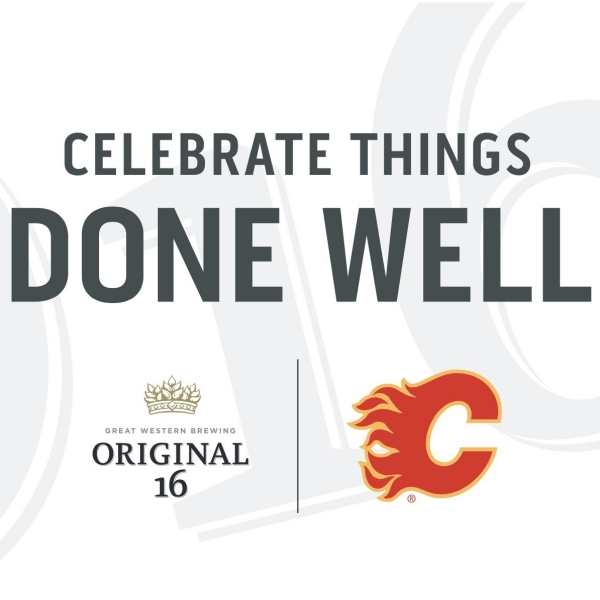 CALGARY, AB – Great Western Brewing has announced that it has entered a partnership with the Calgary Flames that sees two of its flagship brands named Official Beers of the team.

Original 16 Pale Ale and Great Western Light will be available on tap at Duttons O16 Lounge and all beer concessions throughout the Saddledome for the next five years, starting with tonight’s (October 13th) season opener against the Colorado Avalanche.

“This is not only a partnership with the Calgary Flames, but a partnership with Flames fans and Calgarians alike,” says Michael Brennan, President & CEO of Great Western Brewing Company, in a statement. “We are incredibly excited to get our Original 16 Pale Ale and Great Western Light into their hands. This is a celebration of things done well, including our premium prairie brewed beer. Original 16 and Great Western beers are the result of grit and determination, and there are no better beers suited for Calgary fans.”