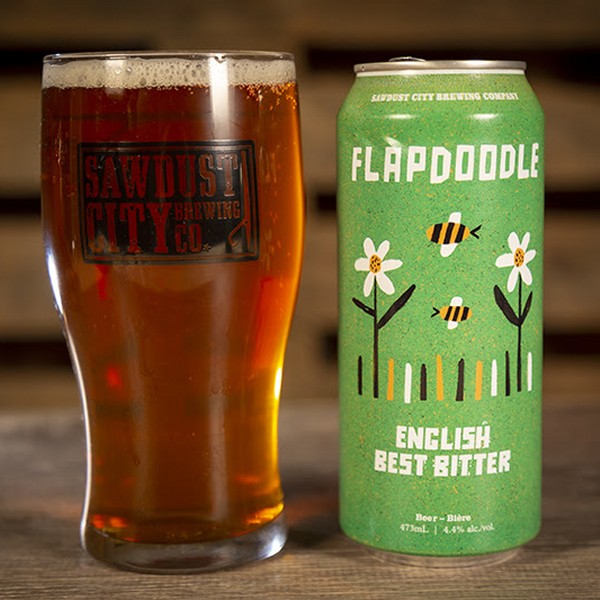 GRAVENHURST, ON – Sawdust City Brewing has announced the return of a beer that had a popular run when originally released last fall.

Aiming for balance and tradition, we took a malt base of British Maris Otter malt, added a touch of aromatic malt, and some dark roast crystal for colour and flavour. To complete this delicious blend of malt, we included some East Kent Goldings hops to stay in style, but then added some brand new “Most” hops from Charles Faram. This new variety brings hints of red fruit & bubblegum; this should play well with the rich malt body and fruitiness of the London yeast.

Pouring an enticing clear and dark amber, this pint is meant to draw you in with its pristine colour and hint of fruity hops on the nose. Nothing is over powering, everything is just in balance. It’s not quite fully a British-style pale ale, it’s a little… broken… but a proper pint nonetheless! It’s meant to be enjoyed while talkin’ nonsense’ with friends and havin’ a laugh!

Flapdoodle is available now at the Sawdust City retail shop and online store.