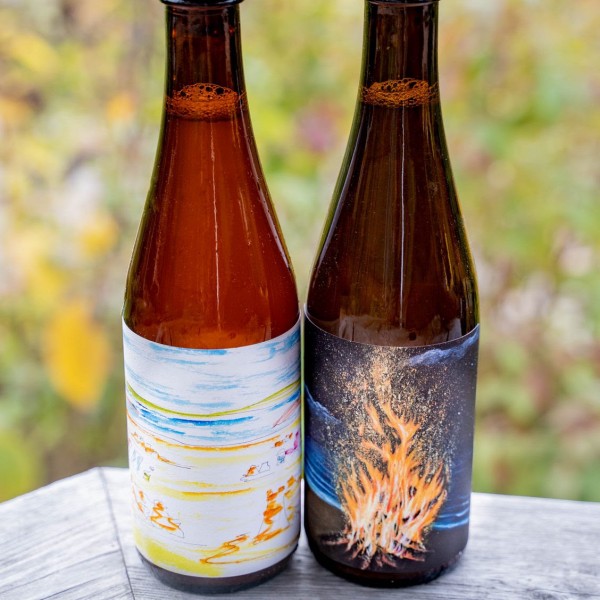 We took our wintertime sour Grinch Tears and aged it in freshly emptied Tequila barrels. The tart lime and salinity of Grinch Tears marries perfectly with the robust flavors of Tequila.

An Ocean In Front Of You, A Fire Behind You Barrel Aged Wild Ale (6% abv):

This beer was inspired by the wild ales being created by adventurous craft brewers in the US. For this beer, we take a Belgian-style base beer and age it in French Oak barrels that once held Cabernet Sauvignon. We then added select strains of brettanomyces to the barrels for a secondary fermentation. This process takes months to complete and adds a very unique fruitiness and barnyard character.

Both beers are available now at the Trestle retail store and online shop.