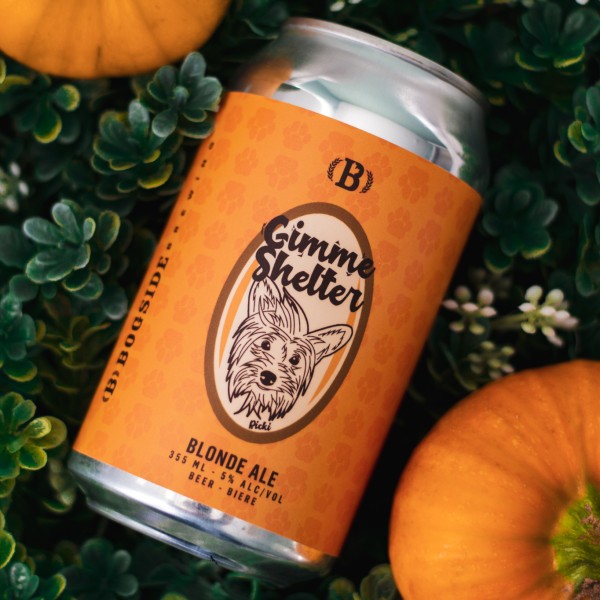 MONTAGUE, PE – Bogside Brewing has announced the release of a new batch of a beer in support of the PEI Humane Society.

Gimme Shelter Blonde Ale (5% abv) is described as “an approachable North American Blonde Ale with a crisp and refreshing taste.”

The label of the second edition of the beer features a drawing of Ricki, a dog that raised $3,630 for the Humane Society in a fundraising contest over the summer.

Gimme Shelter is available now at the Bogside taproom and online shop. $6 from each six-pack sold will go to the PEI Humane Society.