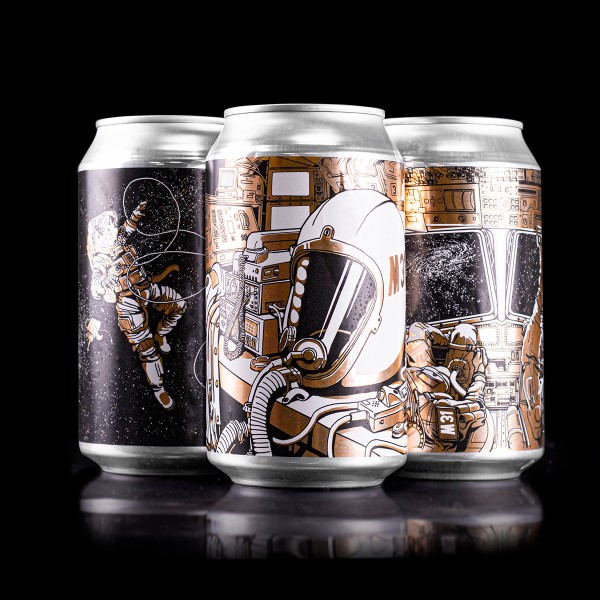 GUELPH, ON – Wellington Brewery has announced the release of a new series of limited edition barrel-aged imperial stouts.

The M31 Series replaces the UVB-76 Series of the past few years, with the brewery saying that it “delivers the bold and unique flavours you’ve come to expect with some fresh new branding.”

Named after one of the original astronomical identifiers of the Andromeda Galaxy, the 2022 edition of M31 includes a trio of beers.

The original M31 Imperial Stout aged for 9 months in bourbon barrels. This classic barrel-aged stout has bourbon, chocolate, and toasted walnuts on the nose with a deep woody bourbon and butterscotch flavour that finishes with big chocolate and caramel notes.

Combines a special coffee blend from Planet Bean with the bourbon barrel-aged M31 Imperial Stout. Intensely aromatic and flavourful, Almach has a nose of freshly brewed coffee, almond, and bourbon with wood character and a rich coffee flavour on the finish.

A Neapolitan inspired take on M31 with Vanilla and Strawberry flavour upfront, followed by bourbon and cocoa notes on the nose. Complex notes of strawberry jam, vanilla bean, dark chocolate are followed by roasted plums, dates, and smoky bourbon on the finish to create a decadent imperial stout. 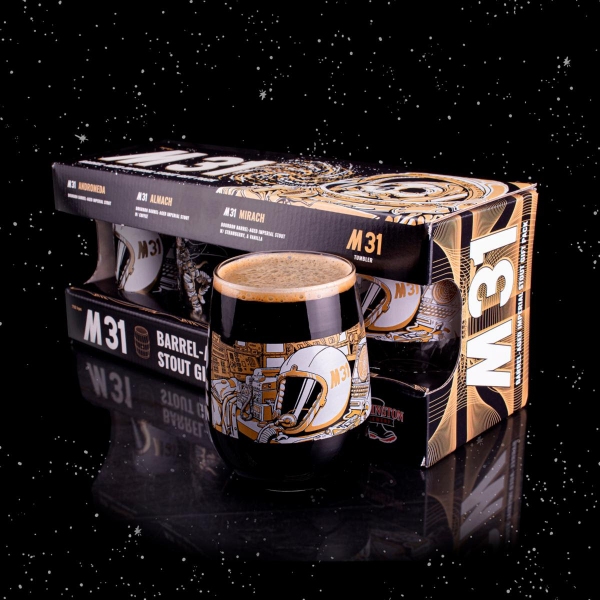 This year’s M31 series is available now in individual 355 ml cans at the Wellington Brewery retail store and online shop, along with a special gift pack with the three beers and a branded glass that will also be available at select LCBO locations.

For more details, see the M31 info page on the Wellington website.