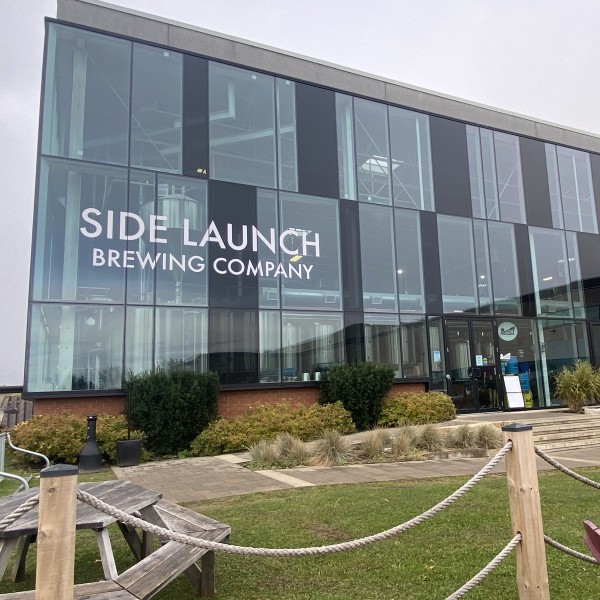 COLLINGWOOD & LONDON, ON – Collingwood, Ontario’s Side Launch Brewing has been sold to Equals Brewing Company, owners of a facility in London, Ontario that is dedicated primarily to producing beer for other companies under contract.

The news was broken earlier today by Ben Johnson at Ben’s Beer Blog, who initially reported that the Side Launch plant in Collingwood (pictured above) would be closing and its brewing equipment moved to London. However, Justin McKellar, President of Equals Brewery, has subsequently clarified that this will not be the case.

“There is no plan to close down the Collingwood location,” said McKellar in a statement to Ben’s Beer Blog. “We love the Collingwood community and look to re-establish the connection with the people here. We are already in discussion with the town to increase the capacity in the taproom from 56 to 150 to accommodate larger groups and events.”

“[W]e believe in the potential of the brand and the potential of the taproom,” McKellar added. “We had a team event (Equals senior leadership and full Side Launch team) in Collingwood yesterday and after tasting the portfolio again in that fantastic setting and seeing the energy of the team, it only solidified my belief in the value of this acquisition for our organization.”

Side Launch Brewing was announced in 2012, and entered the market in late 2013 with Side Launch Dark Lager, a rebranded version of Denison’s Dunkel which Side Launch founding brewmaster Michael Hancock had created at the original Denison’s Brewpub in Toronto. It was soon joined by Side Launch Wheat – previously the multiple award-winning Denison’s Weissbier – and Side Launch Pale Ale to form the brewery’s initial core line-up.

The brewery received numerous early accolades, including being named Brewery of the Year at the Canadian Brewing Awards in 2016. But subsequent years have seen the contentious departures of Hancock and President/CEO Garnet Pratt Siddall, and an expanded line-up of beers that often seemed to lack brand consistency and focus.

Equals Brewing was opened in 2018 by private investment partnership Southwest Sun Group. While contract and partner brewing takes up the majority of its capacity, Equals offers a number of house brands as well, including Shake Lager, a small batch Brewers Series, and the Bangarang hard seltzer line.

For more details and analysis, see the original post on Ben’s Beer Blog.