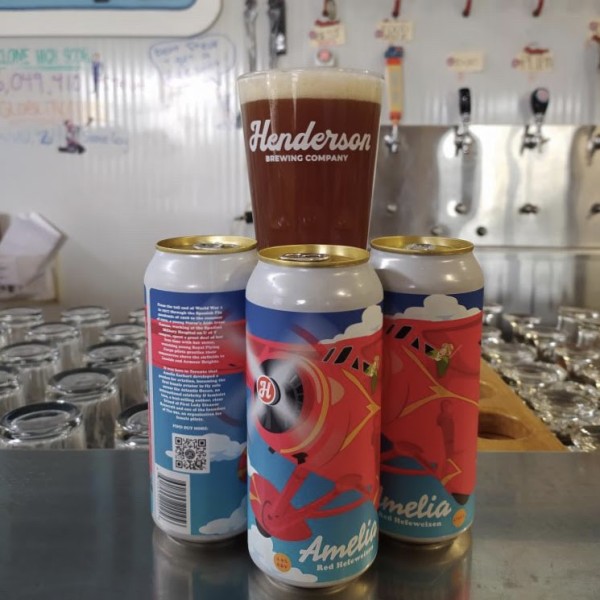 TORONTO, ON – Henderson Brewing has announced the latest release in its monthly Ides Series of small batch beers, with this month’s edition celebrating the connection that a renowed aviatrix had to Toronto.

Aviation’s most famous female discovered her love for flying watching young pilots from the Royal Flying Corps practice their skills right here in Toronto. Amelia Earhart had come to Toronto to help her sister as a Nurse’s Aide at the military hospital at the U of T campus, a trip that led to her passion for aviation. In 1932, her red Lockheed Vega 5B took off from Newfoundland and landed in Ireland, making her the first woman to fly nonstop solo across the Atlantic.

Amelia Red Hefeweizen is a traditional wheat beer with a twist of hibiscus adding additional character and complexity, very satisfying and super easy to drink.