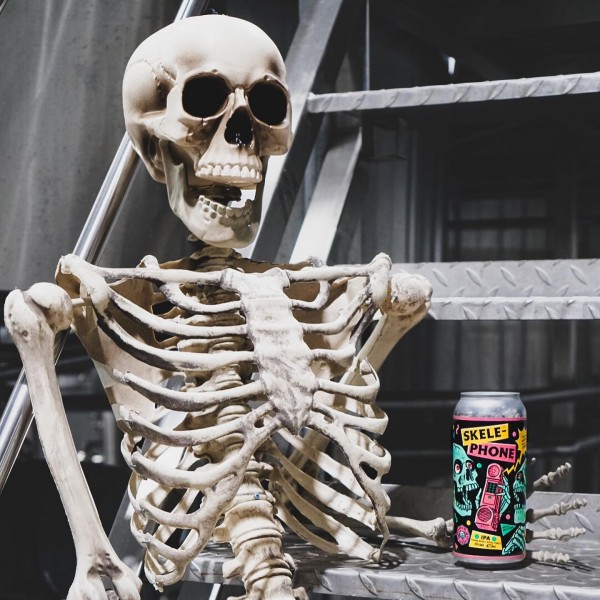 PARADISE, NL – Banished Brewing has announced the release of a new beer for the spooky season.

Ever wonder what happened to the two girls on the front of the Dream Phone box? For some reason we did. Sadly, they never found their crush, but you have to give them props for never leaving the phone. Even if they did die and turn into glow-in-the-dark skeletons.

This is our most outlandish label to date. We found out that glow in the dark ink was a possibility and we were talking about Dream Phone and then Paul George Hammond did what he does best.

We took one of our IPA recipes, slightly modified it, added Cryo-Pop Hops from Yakima Chief and blue spirulina for some reason. The end result is a fruity, blueish-green, manic-inducing, glow-in-the-dark, all-around ridiculous beer.

Skelephone is available now at the Banished Brewing taproom and online shop – which now offers cross-Canada shipping – and at select beer retailers in Newfoundland.