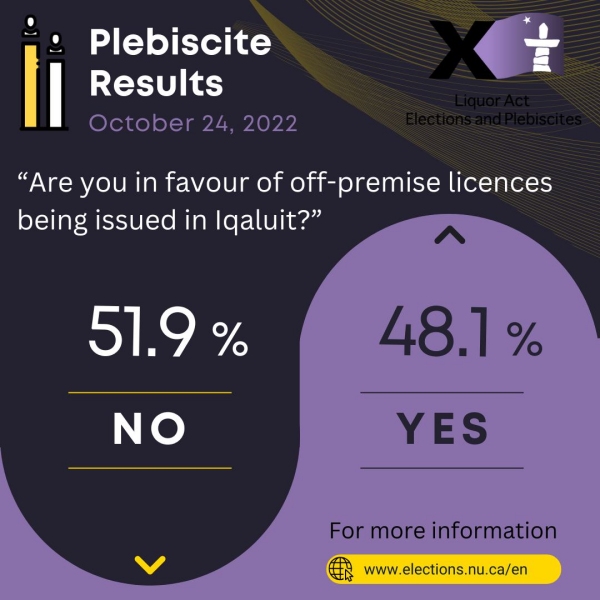 IQALUIT, NU – A plebiscite held earlier this week to decide whether or not breweries in the city should be allowed to sell beer to-go ended with a “no” result, although turnout for the vote was very low.

A result of 60% or more “yes” votes was needed for the measure to be approved, which would have allowed customers to purchase up to 12 cans or bottles per day at Nunavut Brewing Company – currently the only brewery in the city – and any future breweries that might open there.