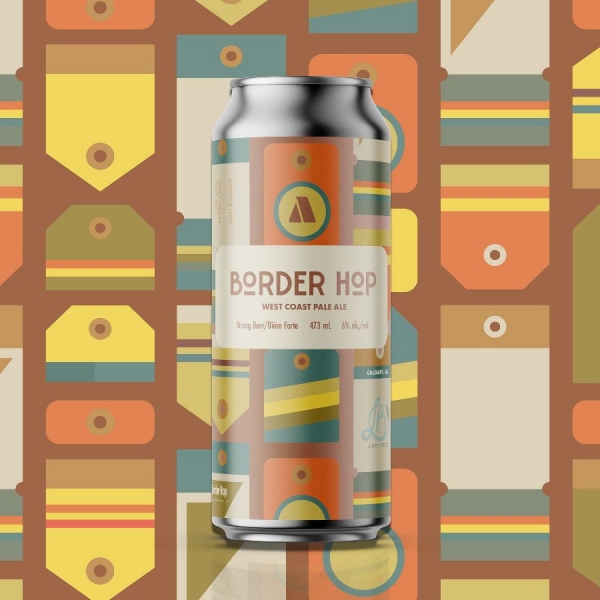 Ours is definitely a close-knit community, and this delightful collaboration pale ale proves it. Brewers from Cabin, Last Best and Bale Breaker who all worked together in Calgary once upon a time wanted to get together and brew one more beer. One quick hop across the border for hop harvest and the deal was sealed!

Border Hop West Coast Pale Ale features the wonderfully aromatic experimental hop HBC 586 and “frozen fresh” Mosaic hops from Yakima Chief Hops. This oxymoronically named product sees raw, unkilned whole cone hops plucked from the bine and then flash frozen. This process helps retain the delicate nature of fresh hops, even for those hundreds of kilometres (miles for those south of the order…) from the hop fields. Expect bright notes of mango, nectarine, guava, lychee, and a hint of berry.

Border Hop is available now at the Cabin taproom, retail store, and online shop, and select beer retailers in Alberta. It will also be on tap at Last Best Brewing today as part of its annual IPA Tap Takeover event.