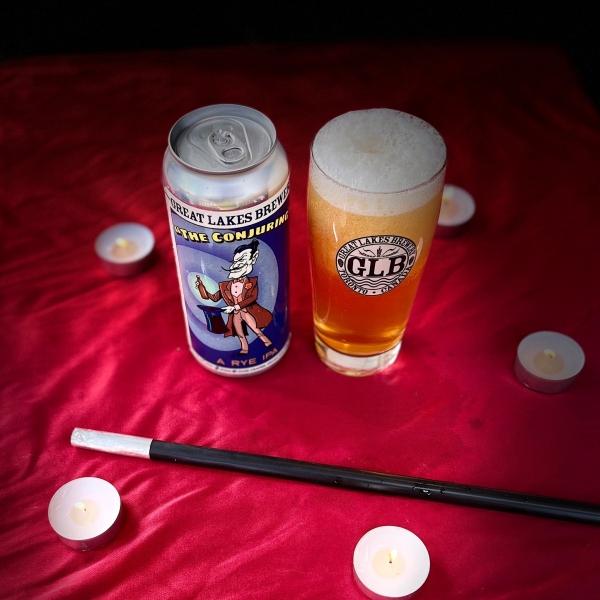 TORONTO, ON – Great Lakes Brewery has announced the release of a new and magical IPA.

Our brewers were asked with a seemingly impossible feat: To make a Rye IPA. ‘You’ll need a Ouija Board’, they said. ‘It’ll require the use of some sort of sorcery’, they said. Well, we listened and did one better. We asked Malachi The Magnificent for some assistance, and thanks to his help, PRESTO! You are now holding a Rye IPA in your hands!

The Conjuring pours golden orange with a soft, off-white head. A slight aroma of melon is confirmed in the flavour with ripe cantaloupe that is accompanied by a crisp mouthfeel, and finishing warm with a dry pepper bite.

The Conjuring is released today – along with new batches of Monty Brown Ale (5% abv) and Fun Juice NEIPA (5% abv) – at both Great Lakes retail stores and the brewery’s online shop.