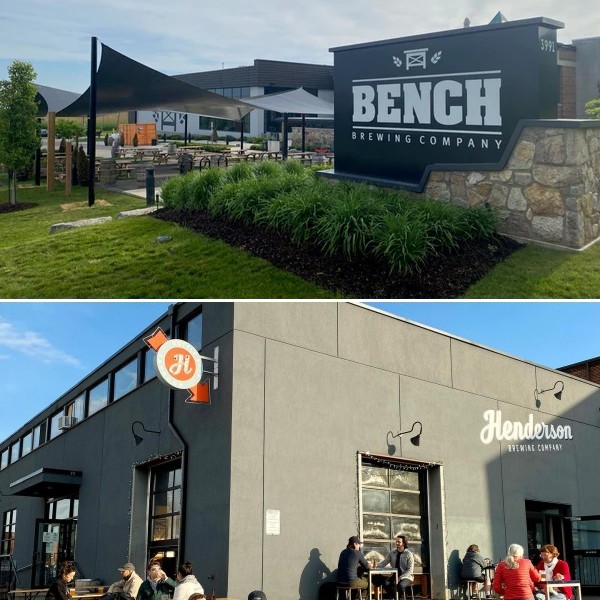 BEAMSVILLE & TORONTO, ON – Bench Brewing and Henderson Brewing have announced a long-term partnership that will see Henderson moving the production of its core brands from its Toronto brewery to Bench’s facility in Beamsville.

This formal partnership expands on a previous arrangement for Bench to brew Moving Pictures, a limited edition Belgian-style ale released by Henderson last year as part of its ongoing series of collaborations with Toronto rock legends Rush.

“We’ve grown significantly over the last seven years, and so has the Lower Junction neighbourhood, making it harder to brew at our Sterling Road facility the way we want to,” said Steve Himel, General Manager and Co-Founder of Henderson Brewing, in a statement. “This made it necessary for Henderson to find a partner that had the space to grow with us, and Bench is that partner.”

“Our relationship with Henderson got off to a great start with Moving Pictures, and during our discussions it became clear they were looking for a true strategic partner and not just a contract brewer,” added Matt Giffen, Founder of Bench Brewing. “We also admire the strong brand and community engagement Henderson has built around their beer. In many ways, it mirrored what we are striving to do here in Niagara. The opportunity to strengthen our partnership with a larger, longer-term view just made a lot of sense.”

While production of year-round beers such as Henderson’s Best, Rush Canadian Golden Ale, and Person Express IPA will shift to the Bench brewery, Henderson’s Toronto taproom and retail store will remain open, and the brewhouse will be used for brewing small batch and seasonal beers, including the monthly Ides series.