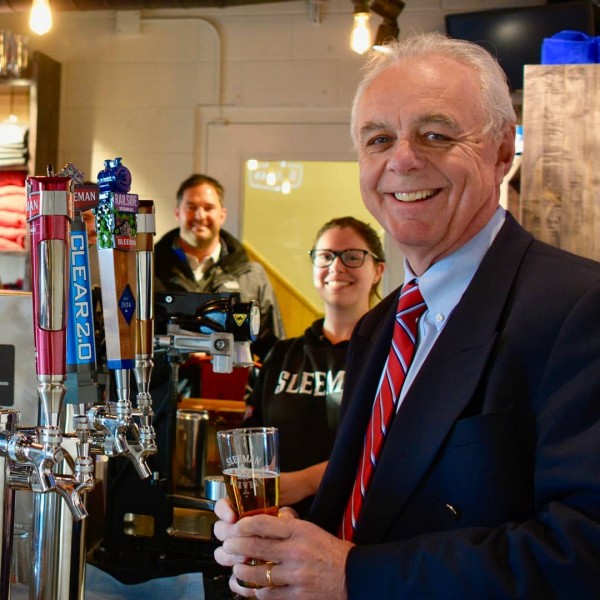 OTTAWA, ON – More than three years after his appointment was first announced, John Sleeman, founder of Sleeman Breweries, will be officially invested as a Member of the Order of Canada tomorrow (November 4th) during a ceremony at Rideau Hall in Ottawa.

Sleeman launched his namesake brewery in 1988, using updated versions of recipes developed at various breweries operated from 1836 to 1933 by his great-great-grandfather John H. Sleeman, great-grandfather George Sleeman, and other Sleeman family members. He sold the company to Japan’s Sapporo Breweries in 2006, but remained as CEO until 2010, and now serves as chairman.

“I am stunned. I just never think of myself in that light,” Sleeman told CBC News about the appointment in 2019. “I am very happy with what I do for a living. I’m very happy working away, helping people out in the community, and never thought it would come to the attention of anybody, let alone the governor general. So it was a great surprise and a great honour.”

While he was named to the Order by the previous Governor General Julie Payette, Sleeman’s investiture will be overseen by Her Excellency the Right Honourable Mary Simon, who assumed the office in July 2021.