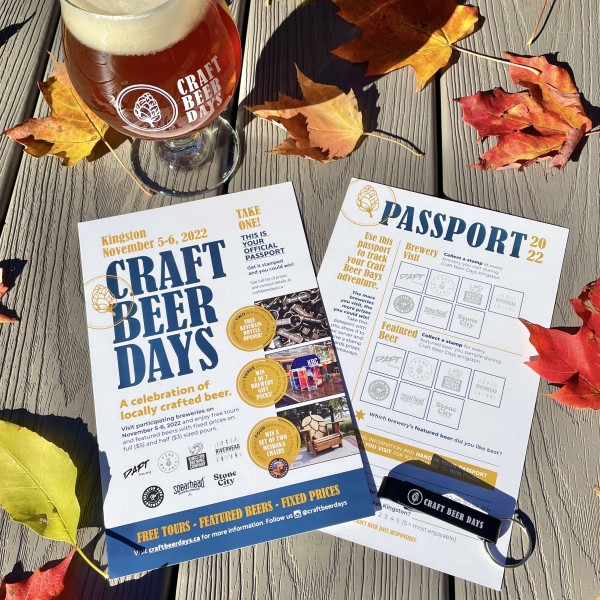 KINGSTON, ON – Craft Beer Days, a tourism program that “showcases the people and places brewing exceptional craft beer in communities across Ontario,” has announced full details of its latest event which will be happening this weekend (Saturday, November 5th and Sunday, November 6th) in Kingston, Ontario.

The event will operate as a self-guided brewery tour, where you use a Craft Beer Days Passport to collect stamps from each brewery that you visit. All participating breweries will be offering free brewhouse tours throughout the weekend and serving up an exclusive Canadiana-themed “featured beer” brewed specifically for the event. These featured beers will be available at a fixed price at each brewery – $5 for a full pour or $3 for a half pour – and will showcase the creativity and prowess of the local brewers.

“I’m so excited to bring this event to Kingston,” said Craft Beer Days founder Mike Sawchuck in a statement. “The beer scene here is ideal for an event like this because you have so many amazing breweries located in such close proximity and they’re all so different from one another. I don’t know if there’s another community in Ontario where each brewery has so clearly carved out its own identity in terms of both its general atmosphere and its offerings.”

Craft Beer Days Kingston is sponsored by Tourism Kingston as part of its mission to “promote Kingston, Ontario as a uniquely historic and hip destination to explore year-round.”

For more information including details about each brewery’s feature beer, see the Craft Beer Days website.