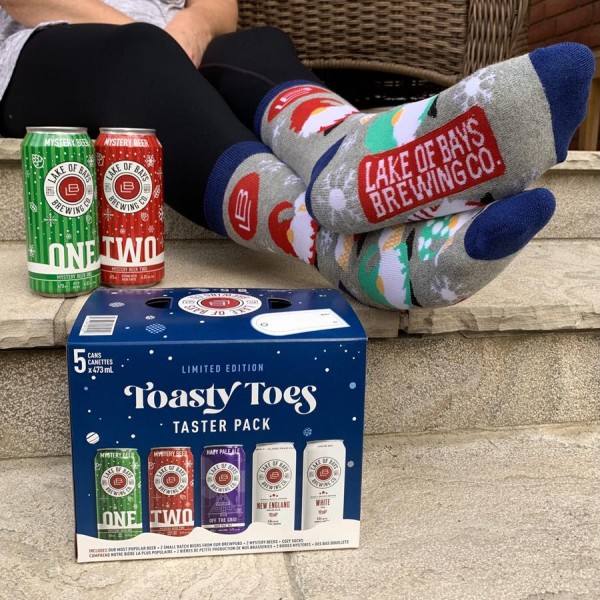 BAYSVILLE, ON – Lake of Bays Brewing has announced the release of this year’s edition of its annual holiday gift pack.

Purchasers are invited to vote on which of the two mystery beers is their favourite, and the beer that receives the most votes will get a full release next year.

In addition to the beers, the pack lives up to its name with the inclusion of a pair of festive socks.

The Toasty Toes Taster Pack is available now at the Lake of Bays outlets in Baysville, Huntsville, and Bracebridge, the brewery’s online store, and select LCBO and Beer Store locations.