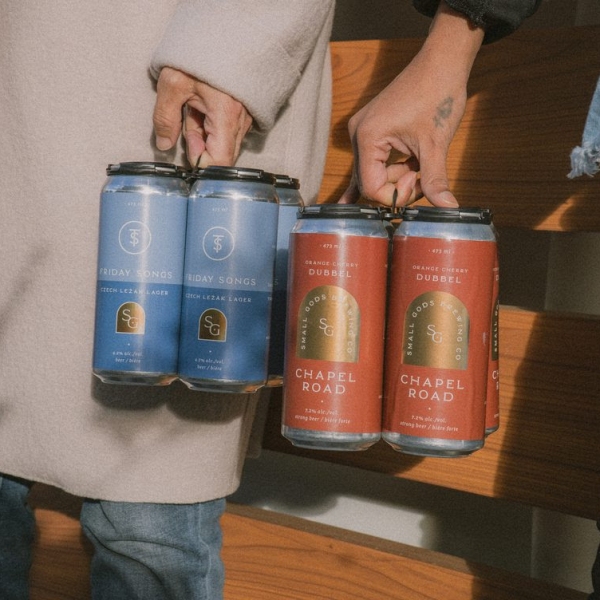 SIDNEY, BC – Small Gods Brewing has announced the release of two new beers.

Both malt and yeast forward, the malt provides a sweet, candy/caramel note while the yeast provides a slight bubblegum flavour. Made with real cherries and oranges, giving this classic style beer a refreshing twist. The Abbey-style beer was originally brewed by monks in monasteries. Our ale is a different kind of spiritual experience: dark caramel with notes of orange and cherry.

Both beers are available now at the Small Gods taproom and retail shop.