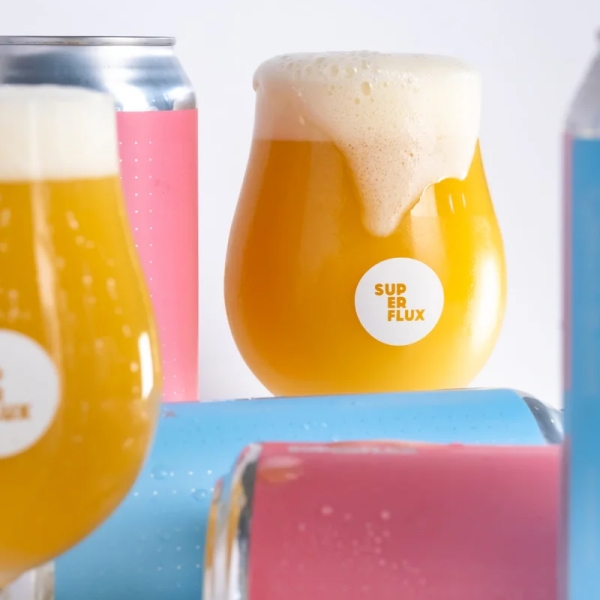 VANCOUVER, BC – Superflux Beer Company has announced the release of the latest pair in its ongoing series of one-off IPAs.

These two IPAs were brewed with the same base recipe and then dry hopped with some New Zealand hop varieties grown by Freestyle Hops.

PINK CAN (#32): Dry hopped with Motueka and Peacharine. It is a little more soft and subtle with notes of nectarine, lime, and cedar.

BLUE CAN (#33): Dry hopped with a lot of Rakau and a little bit of Citra Cryo. The Rakau presents itself a little more bold and dank with notes of plum, honeydew melon, and apricot.

Experimental IPA #32 & #33 will be released tomorrow (November 5th) in a mixed four-pack at the Superflux retail store, and can be ordered now via the online shop.