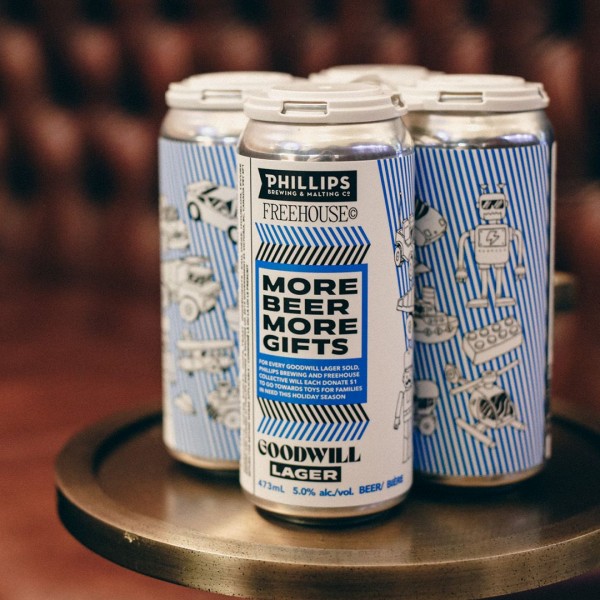 VANCOUVER, BC & TORONTO, ON – Freehouse Collective, the bar and restaurant company formerly known as The Donnelly Group, has announced this year’s edition of its annual charity beer to support its employee-led holiday toy drive.

The 2022 version of Goodwill Lager (5% abv) has been brewed at Phillips Brewing in collaboration with Freehouse Bar & Beverage Director Trevor Kallies, and is described as follows:

An outstandingly drinkable American pale lager which pours a bright golden yellow colour, with a foamy white head. Beer aficionados will appreciate the light malt grain on the nose, cereal sweetness, bread, and hint of apple, while everyone else will love that it’s crisp and refreshing and gives to a great cause.

Goodwill Lager is available now at Freehouse Collective locations in Vancouver and Toronto, with $2 from each beer sold going toward the purchase of toys that will be distributed to families in need by charitable partner The Salvation Army.

For more details, see the full announcement on the Freehouse Collective website.