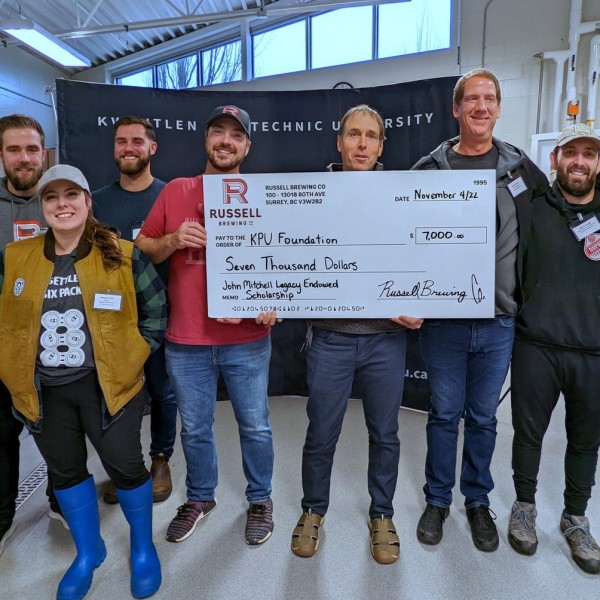 SURREY, BC – Russell Brewing and Kwantlen Polytechnic University (KPU) have announced that the release of a special collaborative beer earlier this year has resulted in a significant contribution to a scholarship program at KPU.

John Mitchell Signature Cascadian Dark Ale was launched on July 6th as a tribute to craft brewing pioneer John Mitchell, and marked the 40th anniversary of the release of the first beer to be brewed by Mitchell at Horseshoe Bay Brewing, the first microbrewery in Canada.

Sales of the beer raised $7000 for the John Mitchell Legacy Endowed Scholarship, which is open to students in the KPU Brewing & Brewery Operations Diploma program. This contribution together with previous donations from Spinnakers Brew Pub and Central City Brewers & Distillers is expected to boost overall donations past $20,000, helping to secure its Legacy Endowment status.

For more details, see the KPU press release, and coverage at What’s Brewing.