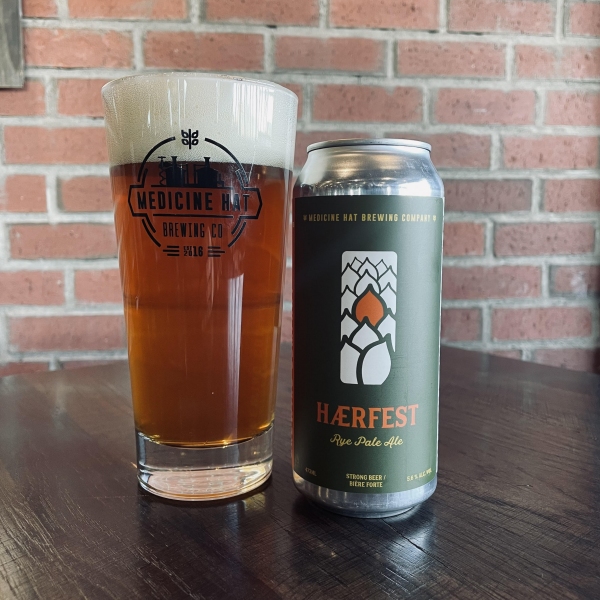 Hærfest: Har•vest (n.) Old English for the season of Autumn or Fall when crops were harvested and people were gathered together.

Just like relaxing and admiring a southern Alberta field of golden rye, sometimes simple is best. Made with 10% malted rye, this beer is an exercise in simplicity. Just enough crystal malt to help balance out the pepperiness of malted rye, pale 2 row malt and some newer varietal North American hops for bitterness and aromas.

Hærfest is available now at the Medicine Hat Brewing taproom and retail store.