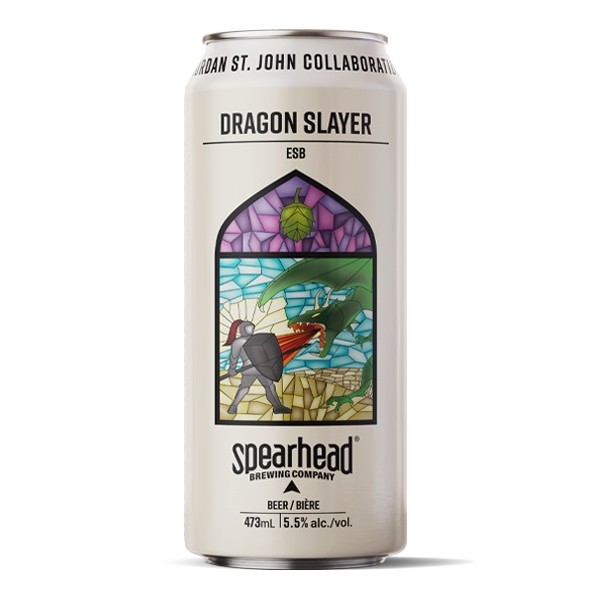 KINGSTON, ON – Spearhead Brewing has announced the release of a new collaboration with beer writer and educator Jordan St. John in support of a worthy local charity.

Dragon Slayer ESB (5.5% abv) takes its name from the legend of St. George and the Dragon, and is described as follows:

Brewed with traditional Maris Otter malt and Challenger, Fuggles, and East Kent Goldings hops, Dragon Slayer is as traditional an Extra Special Bitter as it could possibly be.