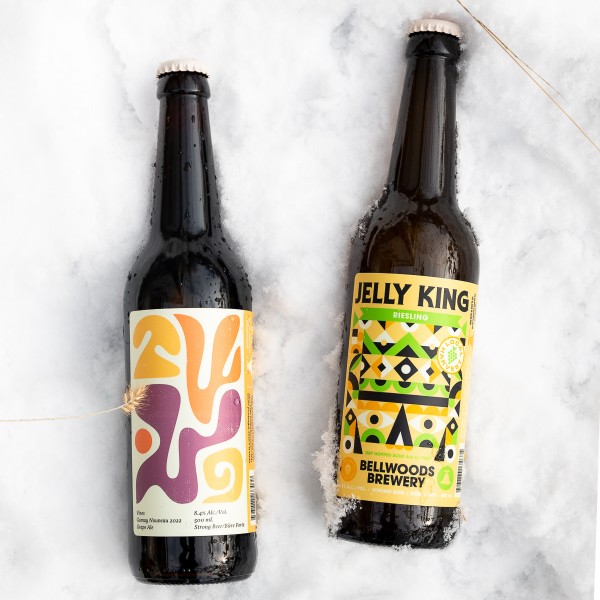 TORONTO, ON – Bellwoods Brewery has announced the release of “two grape-related beers”.

Vines is our series of Grape Ales that experiments within the middle part of the wine-beer Venn diagram. Vines Gamay Nouveau sourced its spark of inspiration from Beaujolais Nouveau — a red wine made with Gamay grapes, produced in the Beaujolais region of France and released annually on the third Thursday of November. (Wow. It’s the third Thursday of November right now. Almost like we planned it.) It’s a downright delicious, super drinkable intersection between natural wine and beer.

Jelly King Riesling is the second release in our Local Harvest series. We take the Jelly King you know and love (like, really love) and condition it on local fresh fruit. This time around it’s Riesling from Niagara-on-the-Lake. Off dry and fruit forward (think underripe apricot and Shiro plums) with grape-assisted notes of tart apple skins. Oh la la!

Both beers are available now at the Bellwoods retail stores and online shop.