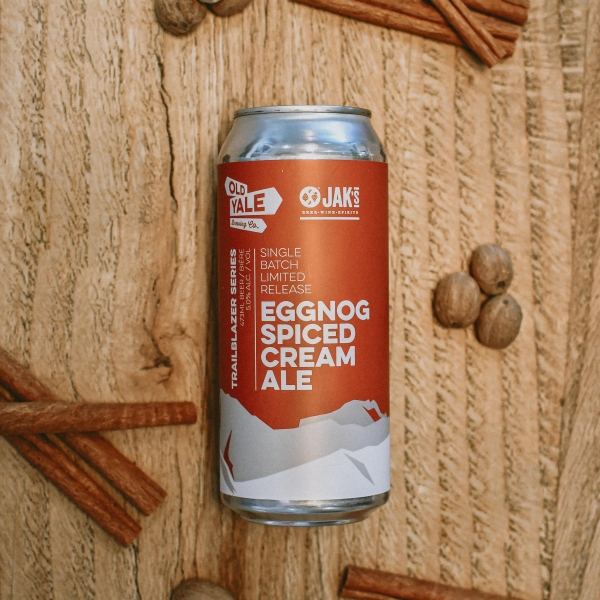 A smooth and easy going cream ale with a touch of warming spices, both nutmeg and cinnamon tickle the palate while flaked corn helps contribute to a light body. Fermented slow and cool, with a delicate addition of vanilla to help round out the profile.

Eggnog Spiced Cream Ale will be available on tap at the Old Yale tasting room, and in cans exclusively at JAK’s Liquor Stores while supplies last.