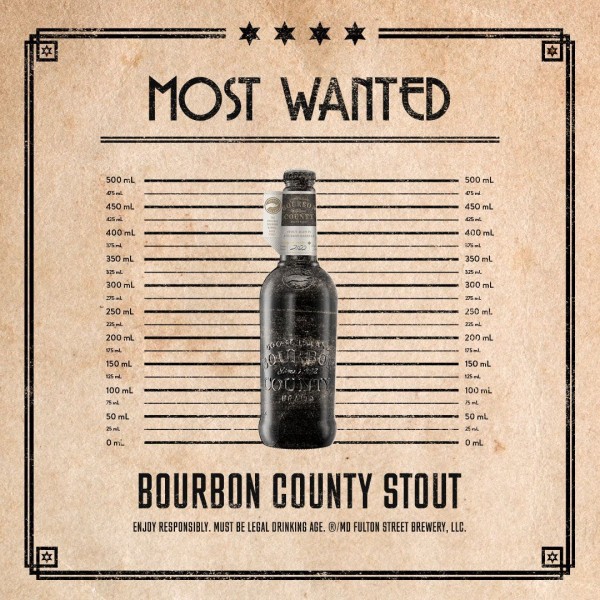 TORONTO, ON – The Canadian arm of Goose Island Beer Co. has announced release details for the 2022 edition of Bourbon County Stout.

Officially launched in the United States on Friday November 25th – aka Black Friday – this year’s 30th anniversary vintage of the iconic barrel-aged beer is described as follows:

Our Bourbon County Stout has been a wanted name in the beer industry since its release in 1992. The 2022 Original Bourbon County Stout is aged in a mix of bourbon barrels from Buffalo Trace, Heaven Hill and Wild Turkey distilleries. Barrel-aged for 8-16 months to develop the complexity that only time can provide. If you’re lucky enough to get your hands on it, expect flavours of fudge, vanilla and caramel—topped off with a rich, complex mouthfeel. So be on the lookout!

A party to mark the Canadian release of Bourbon County Stout 2022 will take place at Goose Island Brewhouse Toronto on Friday December 2nd from 4:00 PM to close, with the new edition along with several past vintages available to try on a first come first served basis.

For more details including release dates and outlets in each province, see the announcement on the Goose Island Canada website.