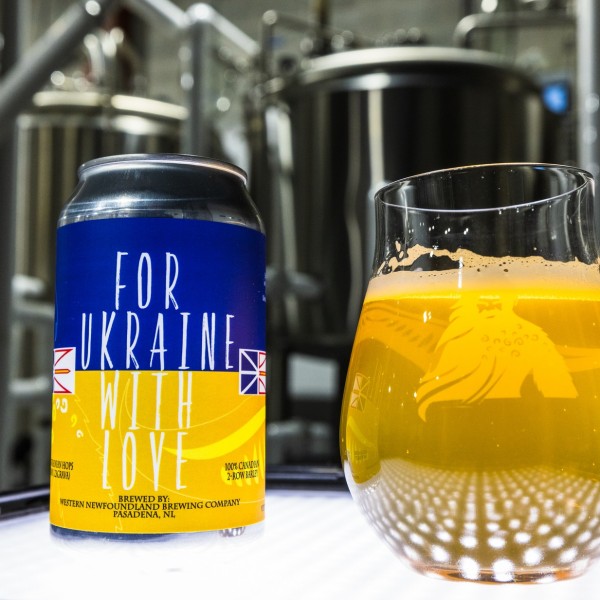 PASADENA, NL – Western Newfoundland Brewing has announced the release of a new beer to support Ukrainian refugees in Newfoundland and Labrador.

For Ukraine With Love:

For Ukraine With Love is the first Newfoundland brewed beer to use Ukrainian Hops and we have fallen in love with their character. This beer is brewed in the style of a European Lager. It is easy drinking but you will find the hops are slightly more resinous than often found in lagers with a honey/nectar character that is entirely unique. This beer was first designed back in April but we knew we needed to wait until our new system was installed before we could do it justice. Meticulously step-mashed and cold fermented for an extended period, this is one of the classiest brews in the province.

For Ukraine With Love is available now at Western Newfoundland Brewing, and is also being distributed to NLC stores and other beer retailers throughout the province. It’s priced at $10 per can, with $4 covering production costs and tax/deposit, and the other $6 going to The Association for New Canadians to support recent arrivals from Ukraine.