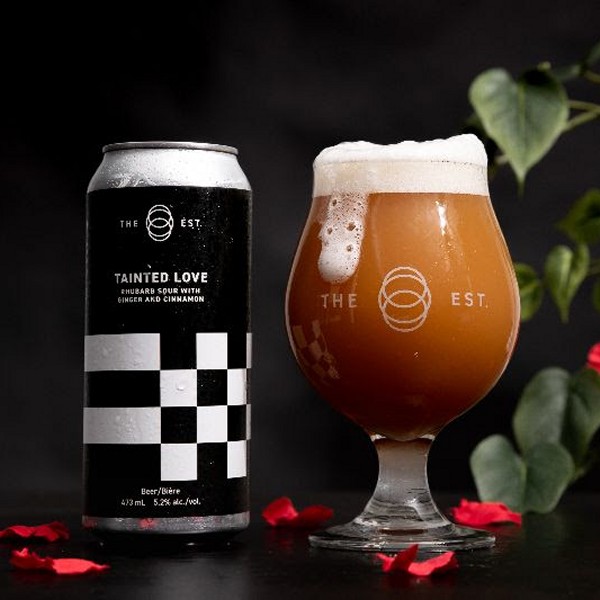 CALGARY, AB – The Establishment Brewing Company has announced the return of a beer inspired by an ’80s synthpop classic.

You thought sour season was over, but sour season don’t stop. This rerelease gives you everything you would want from a sour, but with a twist that matches the chilly air outside. So here’s a sour that’s jam-packed with pretty pink rhubarb and a warm, yet spicy ginger, cinnamon punch. If that sounds weird to you, then you’ve never tried rhubarb ginger crumble, because trust us: it’s a winning combination.

Something this tasty makes our job a pretty Soft Cell, which is why we knew it had to return to shelves. So grab it before it runs away to avoid the pain it would otherwise drive into the heart of you. We’d be lying if we told you missing out on this AGAIN wouldn’t hurt you so, but sorry, we don’t play that way.

Take our beers and that’s not nearly all, taste it baby: Tainted Love.

Tainted Love is available now at the Establishment retail store and online shop.