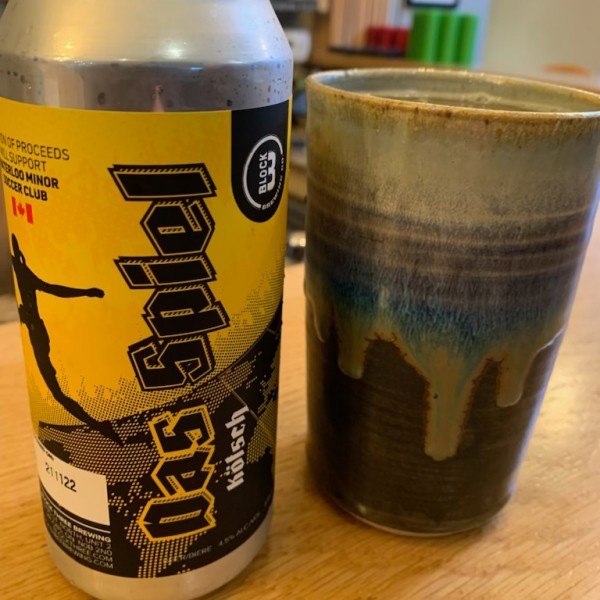 ST. JACOBS, ON – Block Three Brewing has announced the release of a new beer in partnership with Waterloo Minor Soccer Club, a non-profit group that offers “an opportunity for children and adults within the City of Waterloo to participate in the world’s most popular game.”

Das Spiel Kölsch (4.5% abv) is a “lagered ale [with a] lightly fruity yeasty note, as well as a pleasant hoppy bitterness.”

The beer’s name is German for “The Game”, and the black and yellow label matches the colours of Borussia Dortmund, a German soccer club that Waterloo Minor has recently partnered with.

Das Spiel was officially launched yesterday (November 27th) at Block Three, and is available now at the brewery taproom, retail store, and online shop. A portion of proceeds will go to support the Waterloo Minor Soccer Club.