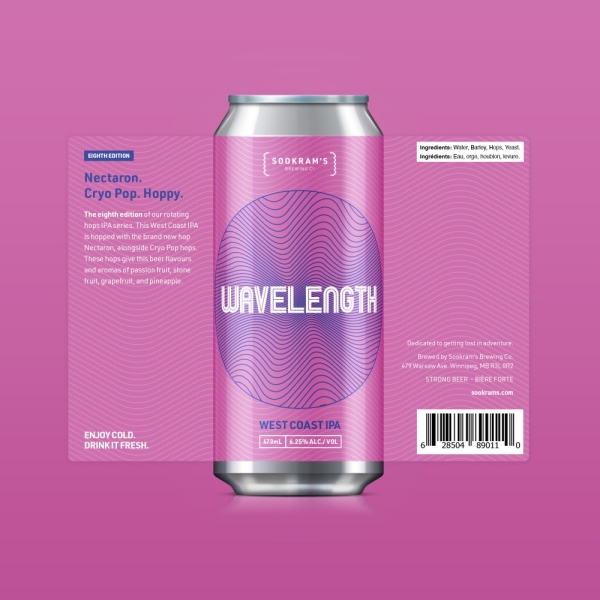 WINNIPEG, MB – Sookram’s Brewing has announced the release of the latest in its ongoing Wavelength series of rotating hop IPAs.

When a hop gets pitched to us as “invoking flavours of the tropics,” we listen. So it’s safe to say we’re very excited to brew with Nectaron hops. Nectaron hops are a New Zealand variety developed in partnership with New Zealand’s Plant & Food Research. Necatron has a huge aroma of passion fruit, peach, grapefruit, and pineapple. It’s a hop that’s perfect for any fruit forward beer and performs really well when used in dry-hopping.

Wavelength is available now at Sookram’s taproom and online shop, and soon at select beer retailers.