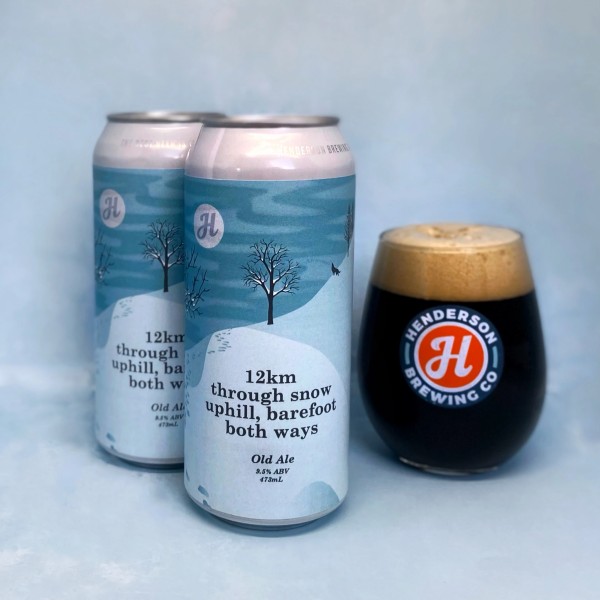 TORONTO, ON – Henderson Brewing has announce the return of a beer that had a well-received run early this year.

For the past number of years, we’ve launched Henderson’s Beast right around this time , but with supply chain issues, yadda-yadda, we couldn’t get the barrels we wanted and so we decided to try something different. Introducing the first in our Beast Series, a reboot of the delicious “12 km through snow, uphill, barefoot both ways”. This old ale is dark, with rich notes of bread crust and dark fruit leading into a dry, slightly roasty, warming finish. A dangerously drinkable and beautiful beer just in time for winter nights.

“12 km through the snow, uphill, barefoot both ways” is available now at the Henderson Brewing taproom, retail store and online shop. And the brewery advises us to “look for more big, dark and strong beers in the Beast Series through this winter and winters to come.”