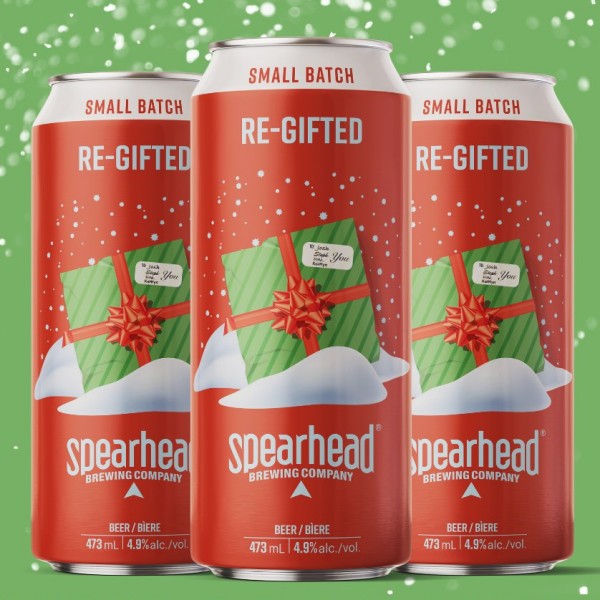 KINGSTON, ON – Spearhead Brewing has announced the release of its latest monthly small batch beer, which is also a rebranded revival of a favourite brew from the brewery’s back catalogue.

Just in time for the holiday season comes a ghost of Spearhead Brewing’s past – our classic Moroccan Brown Ale. Over a decade ago, our Brewmaster Tomas created this beloved dark ale with visions of sugar plums dancing (perhaps belly dancing?) in his head.

Inspired by the unique flavours of Christmas fruitcake, Tomas steeps this brew with dried dates, figs, raisins and a dash of cinnamon. Like the age-old tradition of regifting Christmas fruitcake, we are passing along the spirit of the season to you in a can so you can share it alike. Regifted tastes so sweet, rich and soothing it will leave you saying anything but bah humbug!

Re-Gifted is available now at the Spearhead taproom, retail store and online shop while supplies last.