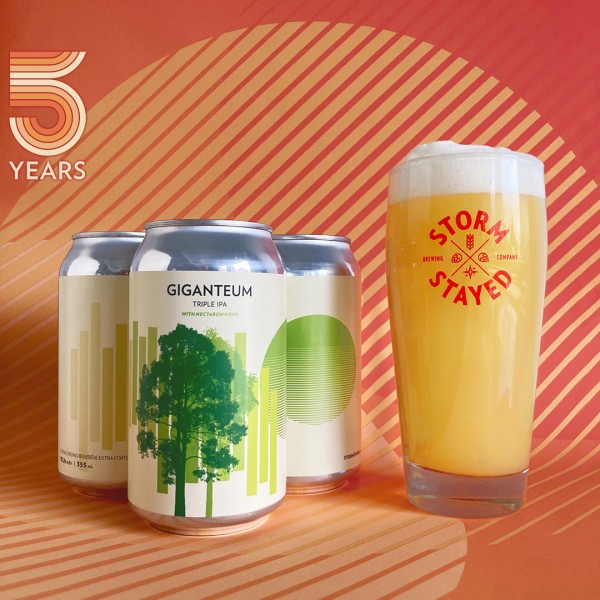 LONDON, ON – Storm Stayed Brewing has announced the release of the first in a series of five beers debuting throughout December to mark the brewery’s 5th anniversary.

Our first of five Anniversary beers leads with an insane amount of Nectaron—a fast-rising signature hop from New Zealand that stands to make a gigantic impact in the beer world. Prominent aromas of juicy pineapple are accompanied by notes reminiscent of pine. With support from fellow New Zealand hop, Nelson Sauvin, there’s an added layer of complexity with subtle flavours of white wine grapes and gooseberries. The result is a full-bodied and deceptively smooth Triple IPA that’s as huge as a West Coast sequoia.

Giganteum is available now at the Storm Stayed taproom and online shop.