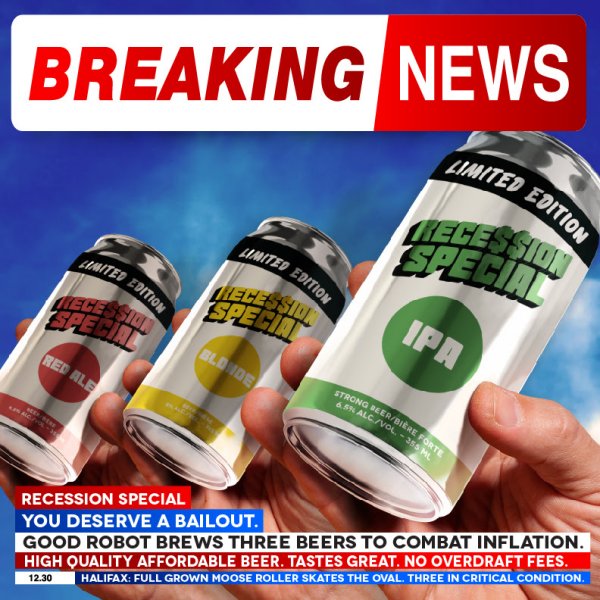 HALIFAX, NS – Good Robot Brewing has announced the release of a new mixed pack featuring a selection of beer that “that tastes great at an affordable price.”

The Recession Special Variety Pack is described as follows:

Everyone is feeling the sting of inflation these days, that’s why we brewed our new limited edition Recession Special Blonde, Red and IPA. Quality beers at an affordable price during tough times. Incredible value you won’t find anywhere else because YOU deserve a BAILOUT!

The Recession Special Variety Pack is available now for $16.79 plus tax – “less than a six pack of The Other Guys!” – at Good Robot locations in Halifax and Elmsdale, and via the brewery’s online shop.