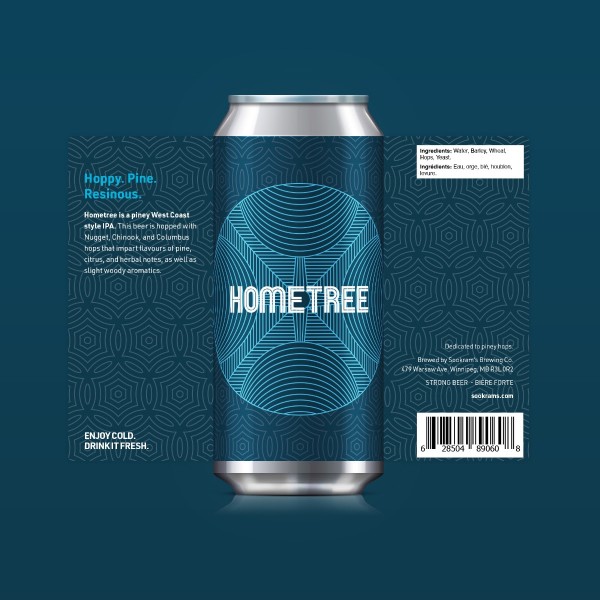 WINNIPEG, MB – Sookram’s Brewing has announced the release of “the beer you want under your tree”.

We wanted to brew a beer that was reminiscent of pine and we knew it had to be a West Coast IPA. This is the exact type of beer we want to be sipping on during the holiday season. Hopped with Nugget, Chinook, and Columbus hops that impart flavours of pine, citrus, and herbal notes, as well as slight woody aromatics.

Hometree is available now at Sookram’s taproom and online shop, and soon at select beer retailers.