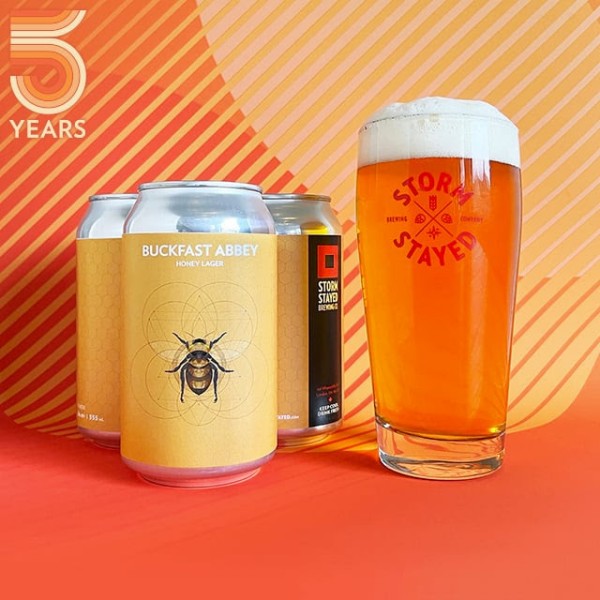 LONDON, ON – Storm Stayed Brewing has released the second in a series of five beers debuting throughout December to mark the brewery’s 5th anniversary.

This Anniversary release leans toward the sweeter side of beer styles. We’ve used a Melanoidin-type malt where the barley has been subtly kilned giving it a unique profile with notes of honey and a bready aroma. On the palate, you’ll find a pleasant malt sweetness and subtle honey flavour that finishes with a hint of tartness. Refreshing and satisfying, this medium-bodied lager is sure to be a crowd-pleaser.

Buckfast Abbey is available now at the Storm Stayed taproom and online shop.