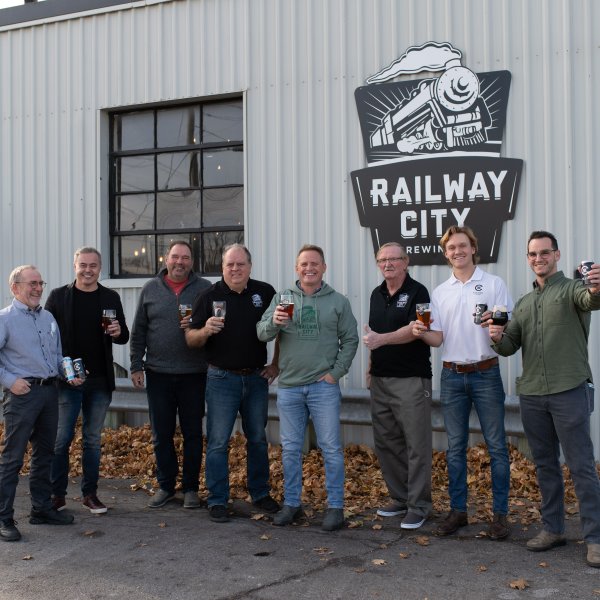 TORONTO, ON – A new business focused on “building a national adult beverage company through acquisition and innovation in the craft beverage space” has announced the purchase of an established brewery and two other beer brands to create its “first regional brewing hub” in Ontario.

SymBev was founded last year and is headed by CEO Dave Clarke, a beer and spirits industry veteran with more than three decades of experience at companies including Diageo, Cowbell Brewing, Creemore Springs Brewery, and Bass Brewers UK.

The announcement notes that “business owners of the acquired companies become shareholders of SymBev,” and that “SymBev retains and promotes talent from the companies they bring on board.” An example of the latter is Jelicek, who co-founded the CRANK Lite Beer brand in 2020.

Outgoing Railway City Brewing president John Peart says in a statement that “maintaining Railway City’s legacy and keeping the company going forward for the community and employees that love it was crucial.” This is mirrored by SymBev’s stated aim to “maintain the identity of the businesses that they bring in and build off the equity that’s already there, not destroy it.”

For more details, see the full press release, and the SymBev website.