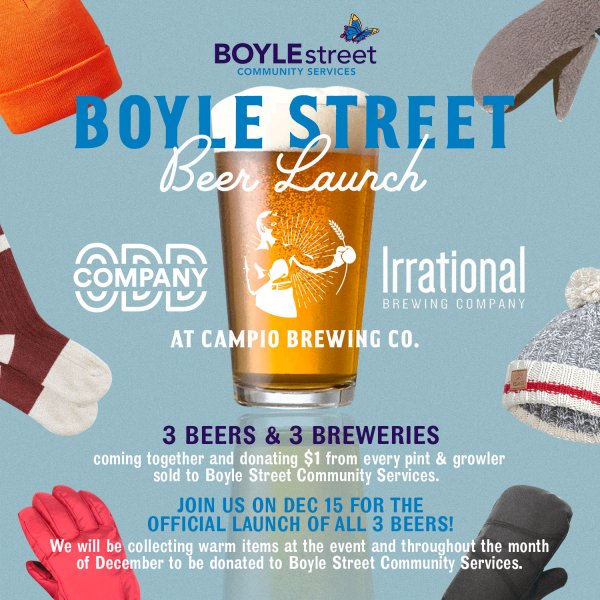 EDMONTON, AB – Three Edmonton breweries have announced details of a collaboration in support of Boyle Street Community Services, an organization that has been supporting individuals and families who are experiencing homelessness and poverty for more than 50 years.

Campio Brewing, Odd Company Brewing, and Irrational Brewing have all brewed versions of Flocculation Demonstration Session Hazy IPA, with each brewery “starting with the same base recipe while using our own house yeast strains to demonstrate the effect yeast choice can have on a beer.”

The three beers will be officially launched tomorrow (December 15th) at Campio Brewing. $1 from each pint or growler fill of Flocculation Demonstration sold will be go to support the Boyle Street Managed Alcohol Program, and Campino is also collecting gloves, socks, toques, and other winter clothing items for Boyle Street throughout the month of December.