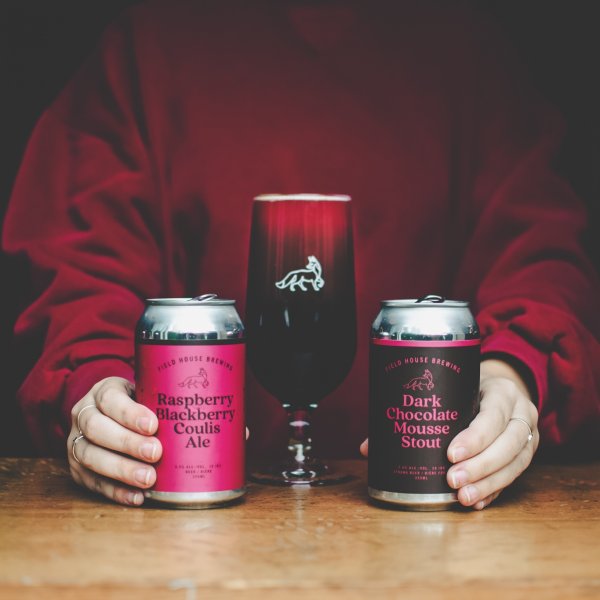 ABBOTSFORD, BC – Field House Brewing has announced the release of a new mixed pack featuring two beers that are great on their own, and even better blended together.

Raspberry Blackberry Coulis Ale (5.5% abv): A simple golden ale base beer with a touch of mosaic hops. Loads of blackberry and raspberry puree give this beer its vibrant colour, light acidity, and its massive fruit character.

Dark Chocolate Mousse Stout (7% abv): Big notes of chocolate, a hint of coffee, with some vanilla sweetness to complete the dessert-like character of this stout. Organic roasted cacao nibs dominate this beer with their bittersweet complexity.