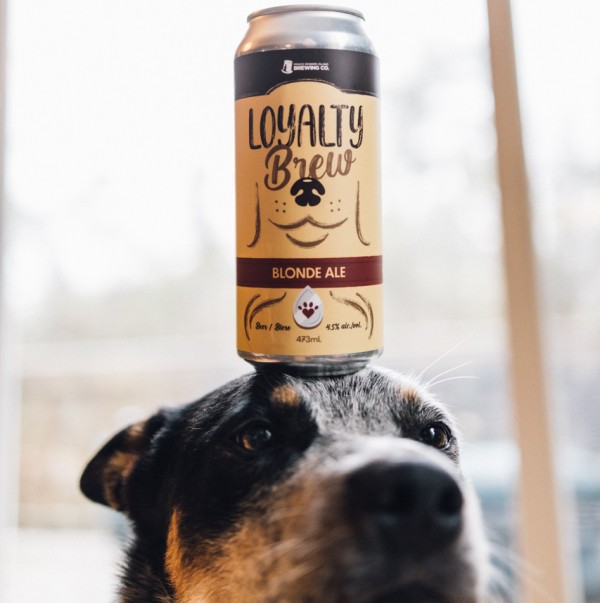 CHARLOTTETOWN, PE – PEI Brewing has announced the release of “a brew from us to you, that gives back too!”

Loyalty Brew Blonde Ale (4.5% abv) is a limited edition beer to raise funds for the PEI Humane Society, which is “the Island’s only shelter for lost, homeless, and abandoned companion animals. Their work assists nearly 2000 animals every year.”

Loyalty Brew at the PEI Brewing taproom and Gahan Beer Store in Charlottetown. $1 from each can sold will go to the PEI Humane Society.