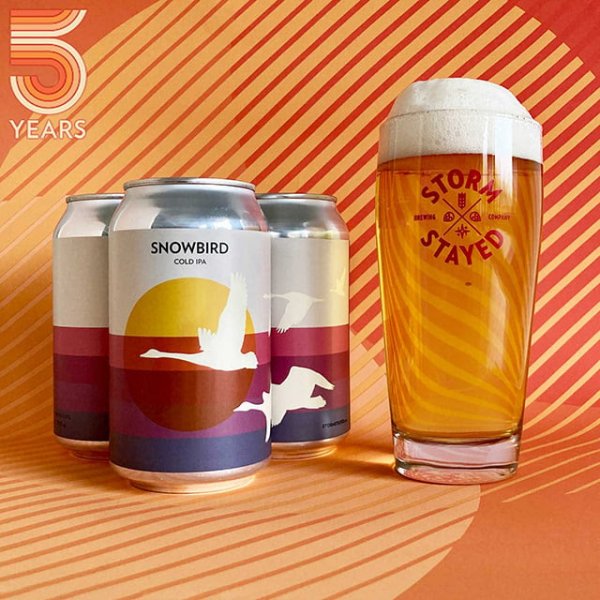 LONDON, ON – Storm Stayed Brewing has announced the third in a series of five beers debuting throughout December to mark the brewery’s 5th anniversary.

This anniversary release bears a slight resemblance to a traditional West Coast IPA, but with a twist. The Cold IPA combines a beloved hoppy style while utilizing lager-like fermentation temperatures. The result is a clear, hop-forward beer that finishes crisp, clean, and refreshing. You can expect notes of citrus and pine on the palette, a floral aroma, a subtle malt profile, and a dry body. The combination of this classic IPA style and new brewing technique make this beer a must try!

Snowbird is available now at the Storm Stayed taproom and online shop.